The National Historical Commission of the Philippines (NHCP) led the unveiling of the marker for Tarlac revolutionary general Servillano Aquino at the BS Aquino Sr. Memorial Plaza on Wednesday morning, February 3, 2021, during his 62nd death anniversary.
by Maria Adelaida Calayag   – 2021 News The National Historical Commission of the Philippines (NHCP) led the unveiling of the marker for Tarlac revolutionary general Servillano Aquino at the BS Aquino Sr. Memorial Plaza on Wednesday morning, February 3, 2021, during his 62nd death anniversary.

This is the first marker to be publicly displayed in the historic town of Concepcion according to Dr. Lino Dizon, NHCP Commissioner and Head of Tarlac State University’s Center for Tarlaqueño Studies.

General Aquino, often called “Apung Mianong” by Concepcion natives, has been so popular and familiar to Tarlaqueños when the Northen Luzon Command of the Armed Forces of the Philippines took his name in honor of his greatness and service to the province.

He served as the municipal presidente of the former town of Murcia in the 1890s. During that time, he was married to Guadalupe Quiambao who bore their children, Gonzalo, Amando, and Benigno, father of the late senator. Benigno “Ninoy” Aquino and grandfather of former president Benigno “Noynoy” Aquino.

The revolutionary governor became a mason member in 1896 and later joined the Katipunan serving under General Francisco Macabulos,  "Liberator of Tarlac,” where he organized the Filipino revolutionary forces against the Spaniards.

He is one of the signatories of the Biak-na-Bato Constitution, yet due to disagreements with Gen. Macabulos, he went into exile in Hong Kong with President Emilio Aguinaldo due to the provisions of the said constitution.

Aquino later rejoined Macabulos on the resumption of the fight against Spaniards in liberating Tarlac Province on July 19, 1898 when he was the military governor.

It was then that the guardia-de-honor members attacked towns in Tarlac including Murcia where his wife, Guadalupe, and his father-in-law, Don Pablo Quiambao, were assassinated.

He later married his sister-in-law, Petronila and had a child named Fortunata.

During the Philippine-American war, he was promoted as general and was noted for his valiant defense of Caloocan together with Gen. Antonio Luna.

“After the fall of the Philippine government in Tarlac on 12 November 1899, and two days after he engaged one of the last battles of the First Republic of President Emilio Aguinaldo against the Americans in the Bamban-Concepcion road with about 1,200 men, General Servilano Aquino followed the 1897 footsteps of his comrade, General Makabulos, in choosing the Sinukuan territory in continuing his struggle against the Americans; this time through guerilla warfare,” Dr. Dizon said in his write up on his Facebook account.

After settling in Sitio Pader, Kamansi of Balitucan, Aquino was court-martialed and jailed in Bilibid Prison and was sentenced to be hanged. It was said that his counsel, Gen. Thomas Harigan, appealed to then US President Theodore Roosevelt for a life sentence. Yet, an absolute pardon from Roosevelt freed Aquino after serving two years and eight months in prison.

After his imprisonment as a revolutionary general, he chose to live as an ordinary citizen and a consultant to some political affairs. He married Belen Sanchez of Concepcion town and had a son, Cong. Herminio Aquino.

The general died at the age of 84.

Dr. Dizon, the pride of TSU in terms of history, continues to serve while keeping his promise that he will raise public consciousness about the rich history of Tarlac Province like recognizing Tarlac as the last capital of the Aguinaldo Republic along with the Casa Real de Tarlac (now TSU College of Engineering and Technology grounds) where President Aguinaldo signed significant decrees, and the sesquicentennial or the 150th birth anniversary of Gen. Macabulos this 2021. 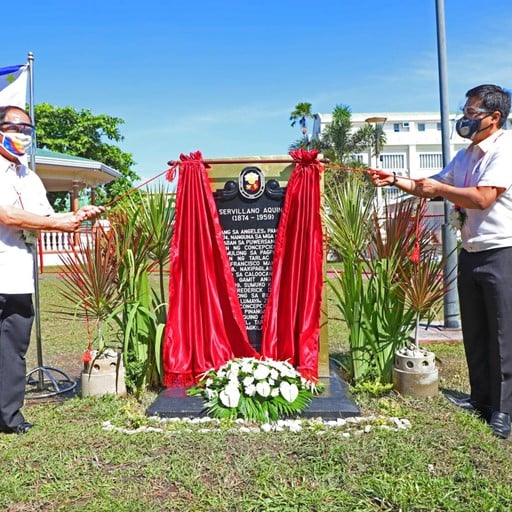 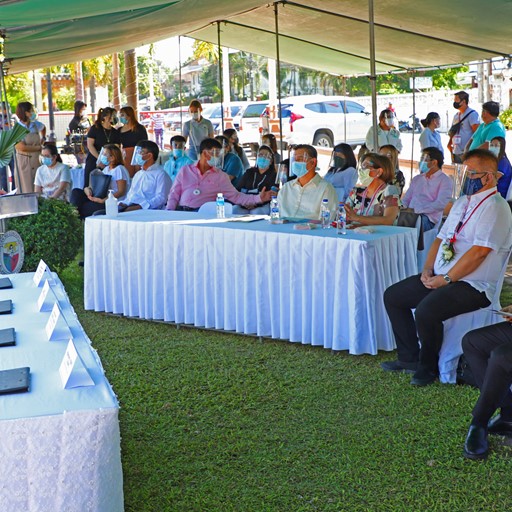 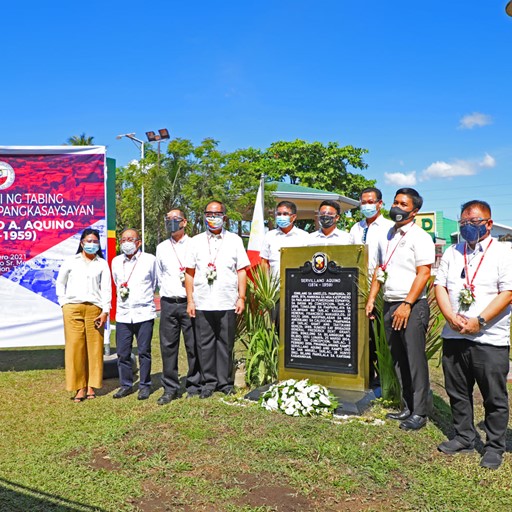