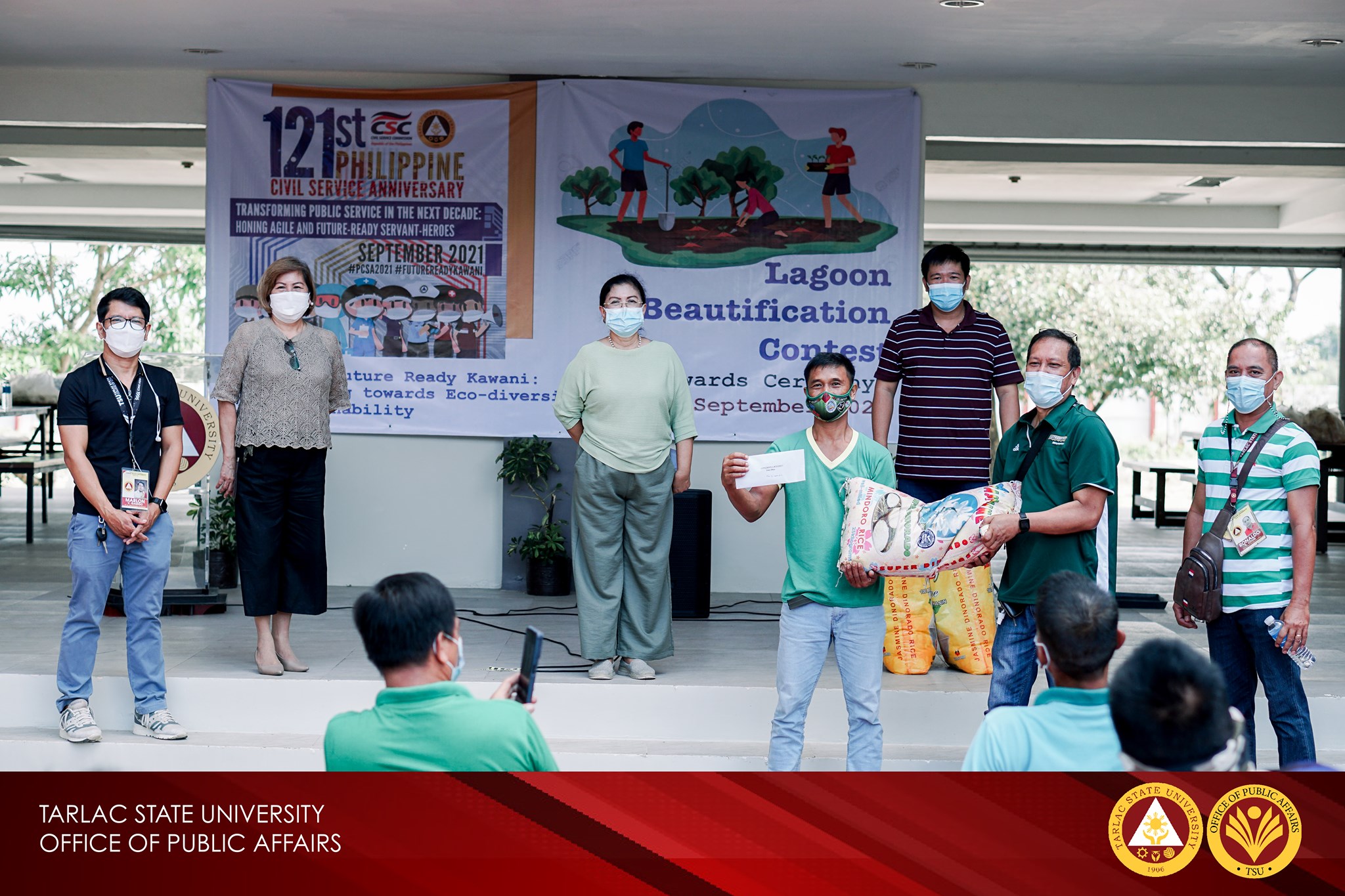 The awarding ceremony was held on Friday morning, September 3, 2021.

Said competition was held to further improve the surroundings of the TSU Climate Change Resilient and Ecological Conservation Project or the TSU Lagoon. Twenty-two janitors were given designated areas to landscape measuring around 10 to 15 meters. They had to maintain their respective gardens every 4:30 PM.

TSU President Dr. Myrna Q. Mallari suggested to hold such competition to inspire the janitors as they go about their daily task of maintaining the university grounds. Apart from the prizes for the top ten winners, Pres. Mallari personally gave one thousand pesos each to those who worked on the beautification project.

As the winner, Obiena received the grand prize of 2,900 pesos plus a half cavan of rice worth 1,100 pesos.

He said he would like to surprise his wife and five-year-old son with the prizes he received.

Obiena, who has been with TSU for the past eight years, said he spent two months preparing and maintaining the garden and watering the plants twice a day.

Three other winners of the competition received a cash prize and a half cavan of rice. Sonny Ferrer, 1st runner up, received 1,900 pesos; Ener Tiamzon, 2nd runner up, went home with 1,400 pesos; and Manuel Pascual as 3rd runner up was awarded 1,500 pesos.

The president also gave a special prize to three other janitors, Armando Liwanag, Allen Muldong, and Edmund Dantes, who initially exhibited teamwork in designing their gardens despite the competition.

Cash prizes for this contest came from the pockets of the TSU officials, while the sacks of rice are from Pres. Mallari’s family. Pres. Mallari said the vice presidents gave three thousand pesos each, including Hon. Dennis Norman Go of the TSU Board of Regents who gave the prizes for the top five winners.

In six months, Pres. Mallari will be ending her term as University President. According to her, she wants to spend the remaining months beautifying the TSU campuses, particularly the Lucinda and San Isidro extension campuses. She also wants to instill discipline among the janitors in maintaining the environment and loving nature.

The vice presidents and state auditor Judy Cayabyab served as judges in this contest. 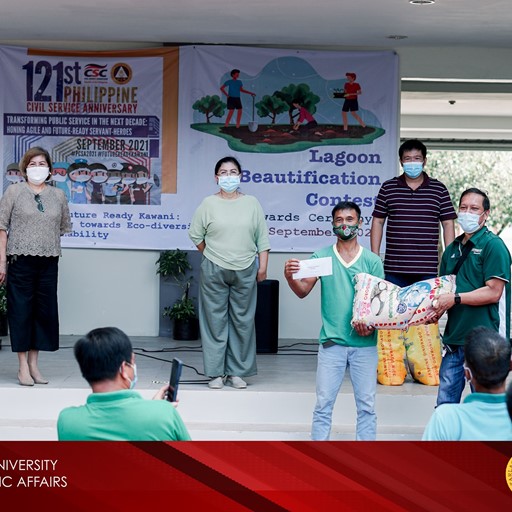 TSU admin zeroes in on internationalization