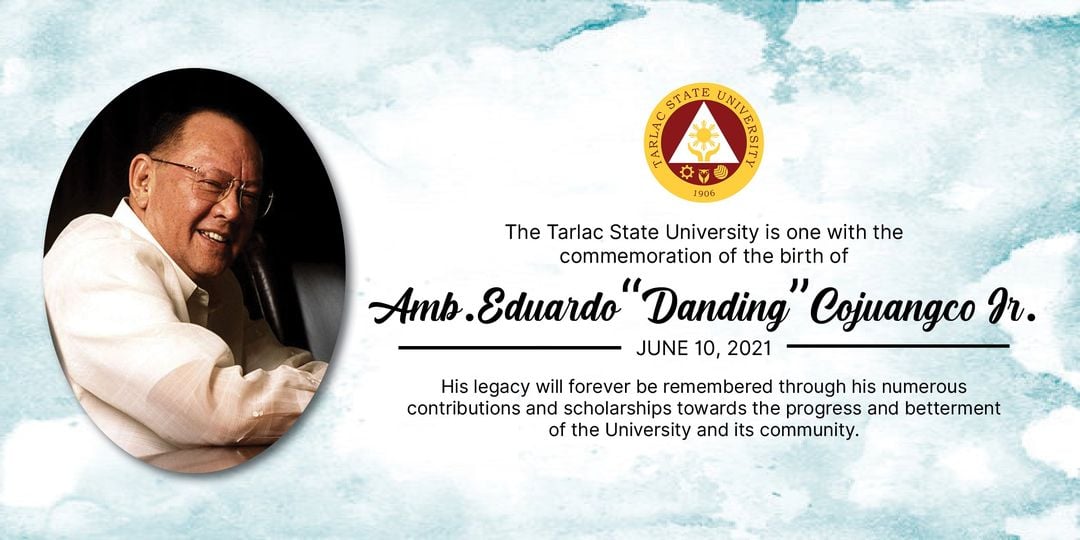 Amb. Cojuangco, fondly called “Boss Danding,” prioritized education in the province and established the Eduardo Cojuangco Foundation (ECF) during his stint as chairperson.

He also launched Project Flagships to Reach Educational Excellence or Project FREE with his efforts to support and provide scholarships to public school teachers with their master's and doctoral degrees under a program designed by the University of St. La Salle Bacolod.

In 2011, he received an honorary doctorate (honoris causa) from Tarlac State University for his Project FREE.

He died on June 16 last year at age 85 due to heart failure and pneumonia.