The requiem mass was held in front of the Academic Building at the TSU Lucinda Extension Campus with Rev. Fr Jayson Aguilar as mass presider.

Former president Aquino, known as the son of Tarlac, is considered as a notable TSU graduate having been conferred by the university with an honorary doctorate in humanities at the Reception Hall of the Malacañan Palace on May 14, 2015.

During his conferment ceremony acceptance speeech, he thanked TSU for the honorary degree which he described as an "incredibly meaningful gesture."

The late president also served as the representative of the 2nd Congressional District of Tarlac from 1998 to 2007 and senator from 2007 to 2010. 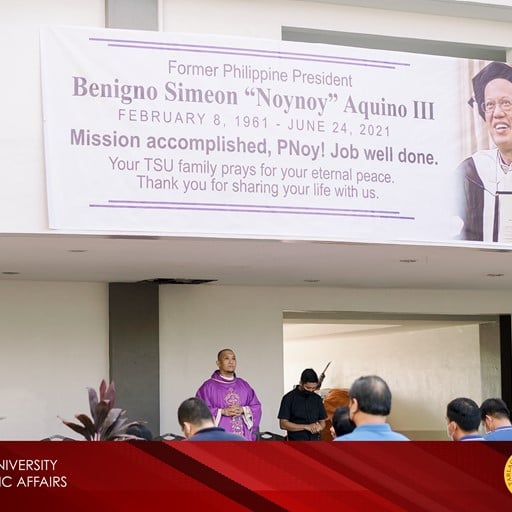